Brexit can help promote innovation, trade, prosperity and peace – so let’s get on with it! 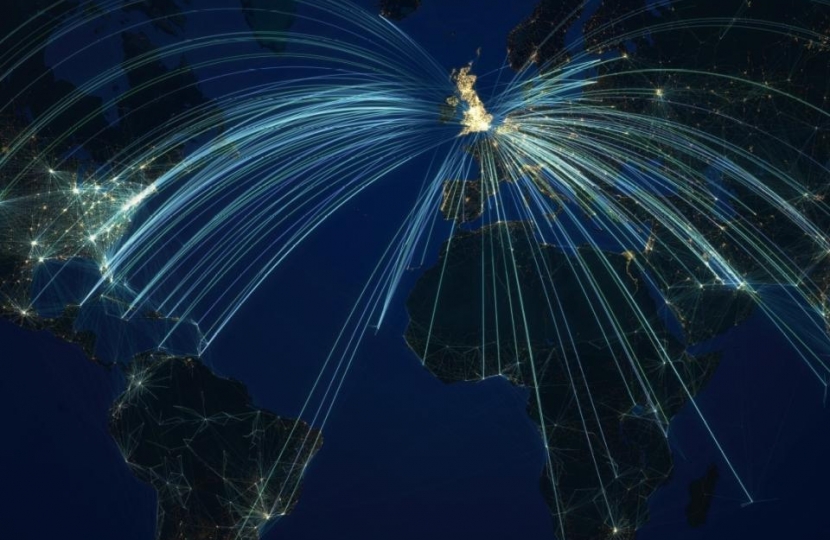 I've written a big picture piece for Brexit Central, as with all the negativity it can be easy to forget the bigger picture, originally published here:  http://brexitcentral.com/brexit-can-help-promote-innovation-trade-prosperity-peace-lets-get/

We have a saying in the Black Country; ‘If it ain’t bost, don’t fix it’. Eighteen months ago the people of Birmingham and the Black Country voted decisively – and in the case of my constituency of Walsall North, overwhelmingly – to leave the European Union. We decided it was ‘bost’ and things needed to change. Now it’s up to those of us in Parliament to make it happen.

We’re used to change here in the Midlands. We have a fantastic museum, the Black Country Museum, that tells the story of how the area changed and gave birth to the Industrial Revolution. A spirit of innovation, of trade and a spirit of betterment. For the capitalism it brought has been the most successful way of taking people out of poverty and improving the standard of living. That’s the spirit we now need to channel into the Brexit negotiations.

We stand on the cusp of the Fourth Industrial Revolution: artificial intelligence, crypto-currencies, automated cars and robot manufacturing are amongst some of the current developments. This, coupled with Brexit, provides the opportunities to forge the next chapter in our history. And with this, we need to be much more positive and upbeat, just as the Black Country became one of the driving forces of the first Industrial Revolution.

In any process of change, people resist: they argue, they doubt and they want to hold on to what we have. But it’s time to be confident, optimistic and open-minded – and even be so bold as to dream. We look at the tube, at Parliament, at the railways and various other things the Victorians designed that have lasted over a hundred years. What are we doing now that will last a hundred years? Let’s think outside of five-year election cycles.

When the EU was first dreamt up, there was no internet, no personal computers, no smartphones. The world has moved on and as David Cameron’s negotiations with the EU showed, the EU has not. Now we can trade with someone directly in India through our smartphone on eBay and even pay in Bitcoin. We are all part of #GlobalBritain and we need to be reducing barriers globally. That’s why the EU’s Common External Tariff is so regressive and free trade is so important.

We hear constant gloom and a relentless focus on “impact assessments” that predict negativity. But even economists joke that when you get two economists in a room, you get three different opinions. There are too many variables in a world of seven billion people to predict accurately. But there are seven billion people to trade with. We know that countries outside of the EU are growing faster and on the cusp of the Fourth Industrial Revolution, we will be in a position to help them grow and share in their growth.

So as we navigate this negativity we need to remember some well-worn principles. Countries that trade bring peace, and countries that export bring prosperity. And prosperity brings revenue into the Treasury and funds public services. And good public services are what our parents and our children deserve – a strong NHS, outstanding education and a good quality of life. That’s the change people voted for in the Black Country.

It’s said that almost every successful person begins with two beliefs: the future can be better than the present, and I have the power to make it so. So Britain, let’s get on with it.