Eddie Hughes: Are the Conservatives dying? No, we’re undergoing a second spring. 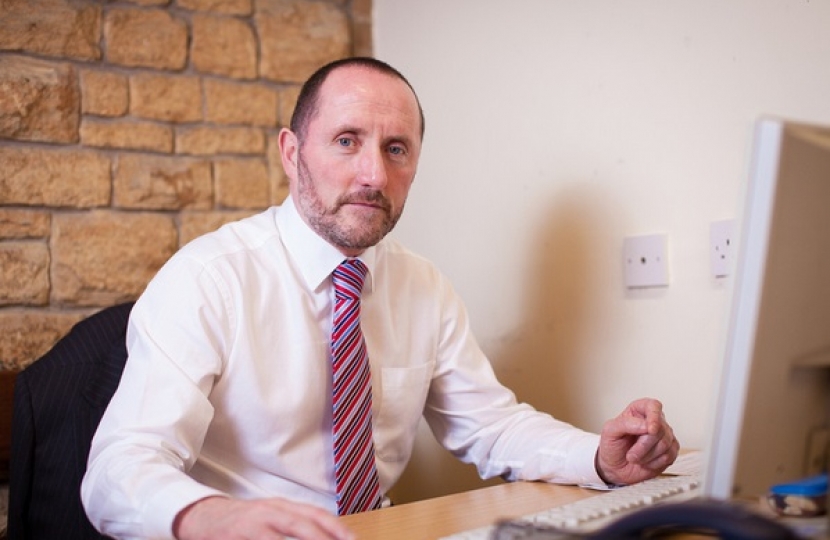 Is the Tory Party dying?” asked the Birmingham Mail during party conference. “That stench you can smell? That’s the smell of death.” it quotes a Conservative source.

Hang on a minute. I couldn’t disagree more.

We are the party in government. We are four and half years from the next general election. We have a really good economic story to tell. So don’t write us off yet.

I’m the first Conservative MP elected for Walsall North since 1976 – and why is that? People in Bloxwich, Willenhall and north Walsall want change. They voted in droves to leave the European Union because they want change. They are sending us a very clear message: we want you to change things for us.  And I believe this message of change is being echoed around the country.

But people are not yet at the point where they believe the party in government needs kicking out; they are still willing to give us a hearing. We must ourselves be that change. We must renew and reform the Party and bring this into Government. We need to demonstrate again that we are a modern, compassionate Conservative Party – and that we get it.

We need to understand that for many there is a cost of living crisis that is getting much harder. People want more investment in the NHS because it’s important to each and every one of us. They want good quality affordable homes building, and they want them yesterday. And the Prime Minister got it before Jeremy Corbyn did – a large swathe of our manifesto shows just that.

The alternative? People don’t want mass state ownership, mass unemployment, and any hope of opportunity and moving up the ladder crushed under a neo-Marxist Labour Government. The legacy of the 2008 crash is that trust in what used to be our great institutions has evaporated. We need to start all over again selling a positive vision of capitalism and an optimistic vision of life after we leave the European Union.

Many young people I know travel the world after their studies – Thailand, Australia, New Zealand – even China. So why aren’t we selling this vision of a truly global Britain? We don’t want to retreat into protectionism, but build bridges right across the world.

The Party needs to heavily invest in social media. It’s no longer the future: it’s now. I’m no expert myself but I remember the pioneering WebCameron and how it conveyed a sense of forward thinking. We were streets ahead of Labour – they were the ‘analogue politicians in a digital age’ remember? Now we’re currently losing the war to Labour on every medium going. We need to learn quickly from the success of Vote Leave in such a short period of time and take back that mantle.

And who should be our messengers? We are blessed with some fantastic talent in the Parliamentary party and in my short time in Parliament I have come to appreciate just how lucky we are. Listening to the passion of Johnny Mercer on defence, the encyclopaedic knowledge of Tom Tugendhat on foreign affairs and the brilliant way James Cleverly exposes the weakness in every Labour argument.

There’s fellow Brummie Nus Ghani’s work on Home Affairs and violence against women. We have the fantastic example of Kemi Badenoch, who exemplifies the Conservative ladder of opportunity. And there’s the invaluable business experience of Gillian Keegan, who started working in a car factory at 16. I could go on, but there’s a word limit!

The point of course is that the Party has the people ready to renew and serve. We need these talented people utilised to sell the message.  I’m optimistic. For while it may be autumn now and the nights are closing in, I firmly believe that for our party and for the country, we can show that spring is just around the corner.