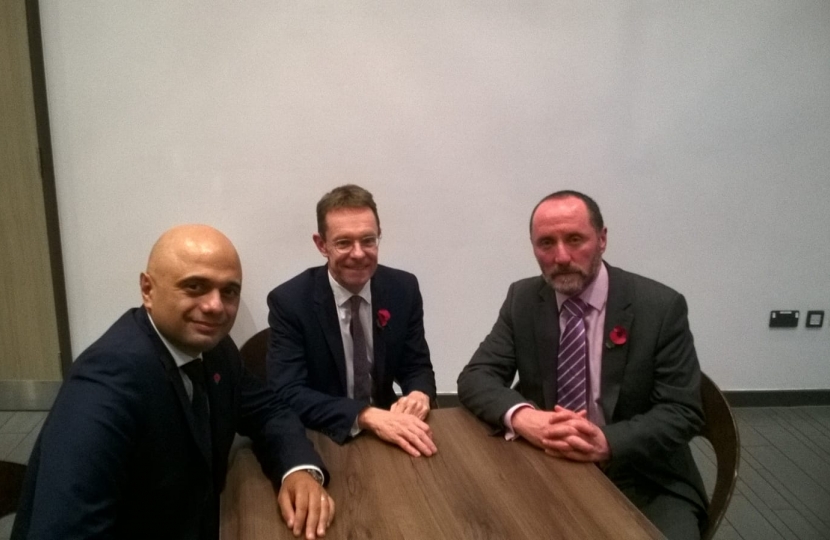 Eddie said: “We’re all well aware of the pressures police are facing, and with the nature of crime changing, this needs to be matched with more funding and resources. I've been fustrated that the Police and Crime Commissioner has kept £84 million in cash reserves instead of spending it on policing. But with the Spending Review coming up and the possiblity of moving the PCC functions to the West Midlands Mayor there's an opportunity to provide a longer term settlement for the police so we can recruit more officers and crack down on crime in Walsall North."

“The Home Secretary was sympathetic to the concerns I raised and I know he will make the case to the Chancellor for more police funding in next year’s Spending Review."