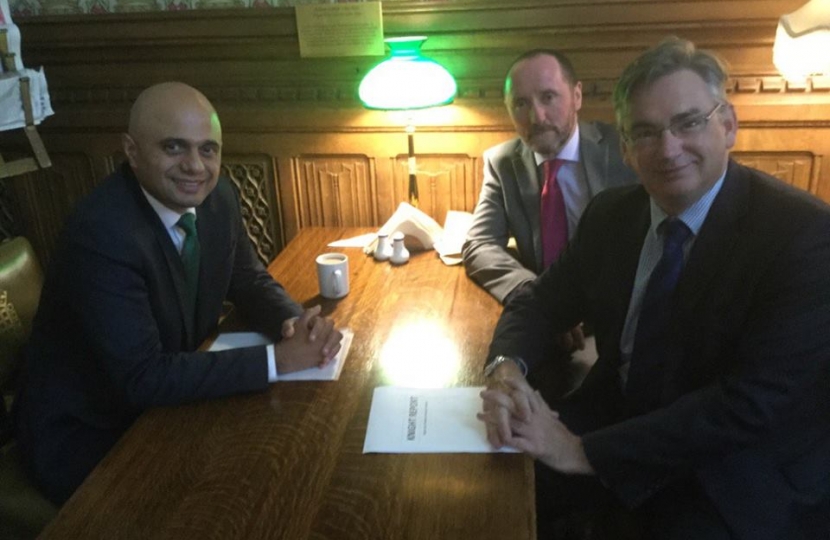 Eddie Hughes has welcomed the Government's decision to hold a debate on illegal traveller camps on the 9th October, following a meeting with Sajid Javid - Secretary of State for Local Government.

Eddie, pictured with Solihull MP, Julian Knight said, "I look forward to hearing from the Council leadership on what extra powers they want from Parliament. At the moment, they haven't suggested any."

"I don't think Walsall Council are doing enough and I don't think they are challenging enough to use all the legal opportunities that we can to deal with the matter."

"I know there are other areas where they have got borough wide bans in place. We need to see whether we can achieve an accentuation of the powers that we have at the moment."

"In order to drive that, perhaps there are other things they can do within the law as it exists at the moment."

"It's a twin-track approach. Can the council do more to use the powers they have? I'm sure they can and we need to test that as much as possible and push it to the limit."

"That's what the people of Walsall want us to do. If there aren't enough powers then I need to lobby down in Parliament to try and get the law changed."