Getting more police on our streets 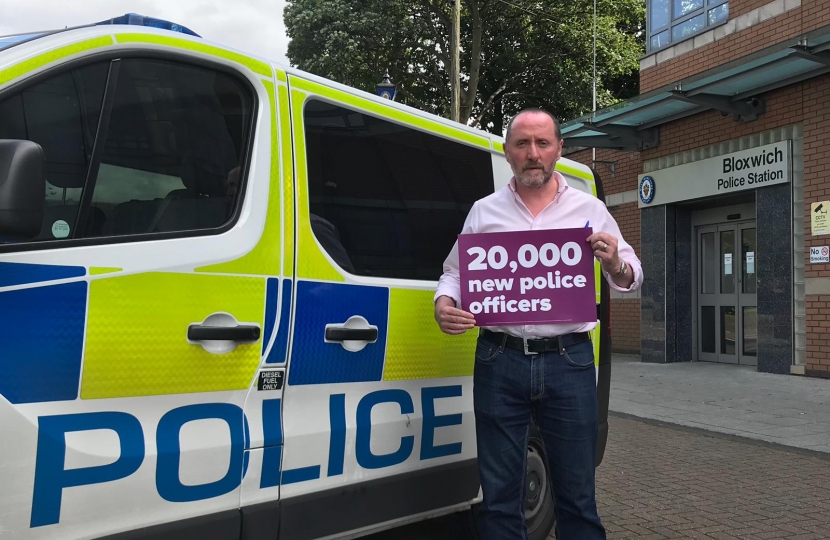 20,000 more police with the powers and backing they need to keep our streets safe

The increase in serious violence is deeply worrying and sadly some people no longer feel as safe as they should. Eddie has campaigned for more police and has won the argument. West Midlands Police is getting the second highest recruitment in the country.

It is the Prime Minister’s priority to make our streets safer – and we’ve already begun work to do just that – so that the law abiding majority can live their lives free of the fear of crime.

And by getting Brexit done we’ll once again be able to focus on priorities like this.

UPDATE ON THE COVID-19 VARIANT IN WS2

Today I was told: