Increase in penalties for littering welcomed by Eddie 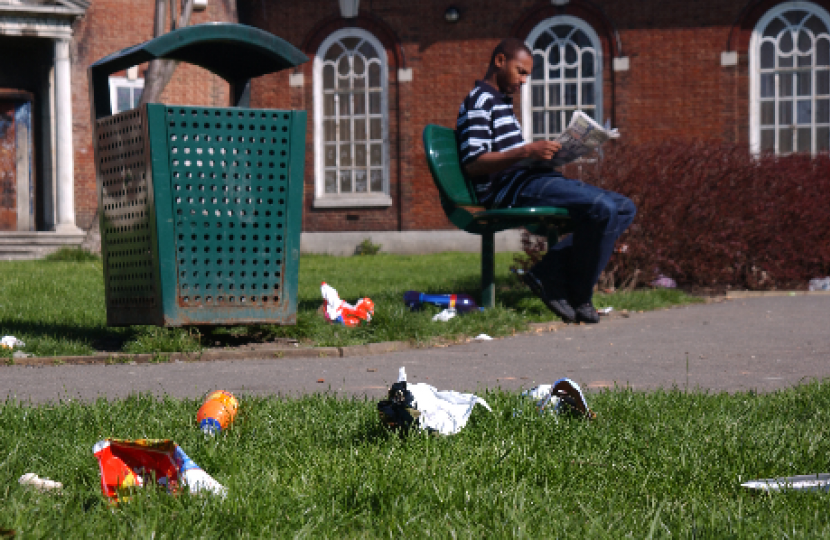 Eddie Hughes MP has welcomed the news that the Government are going to increase penalties for littering. Maximum litter fines are to almost double to £150 from April next year as well as new fines introduced for owners of vehicles from which litter is thrown.

For the first time, local authorities will also be able to apply these penalties for littering to vehicle owners if it can be proved litter was thrown from their car – even if it was discarded by somebody else.

We are lucky to have dedicated community volunteers like Willenhall Wombles who litter pick our community, but there is no excuse for littering and the increased punishments should reflect this.

The changes to fines for littering follow a public consultation as part of the launch of England’s first ever Litter Strategy in April 2017. These new findings showed the vast majority of respondents were in favour of increasing on-the-spot fines.

More than 85% were in favour of increasing fixed penalties for littering, while local authorities agreed that new penalties to tackle littering from cars would help to improve environmental quality in their area. The government is today confirming that it will proceed with these measures, with legislation introduced by the end of this year and the new fines in place by April next year, subject to parliamentary approval.

The government is clear however that councils must not abuse the power to impose fines. Councils should take into account local circumstances, like local ability to pay, when setting the level for these fines. Government guidance will be issued around the turn of the year to ensure the new powers are used in a fair and proportionate way by local authorities.