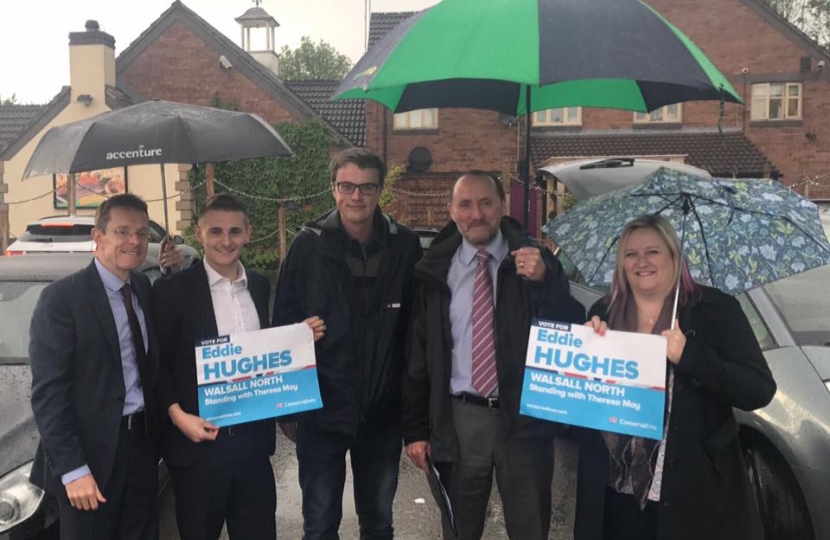 Newly elected Mayor of the West Midlands, Andy Street, dropped into Walsall North last night to lend his support to Eddie's campaign. Despite the weather Andy was keen to speak to residents and stopped by for a drink in the local pub.

Andy Street said, "As Mayor I want to work with Members of Parliament who really care about their constituencies and I can think of no better champion for Walsall North than Eddie Hughes."