Why does the Queen’s Speech matter for Walsall North? 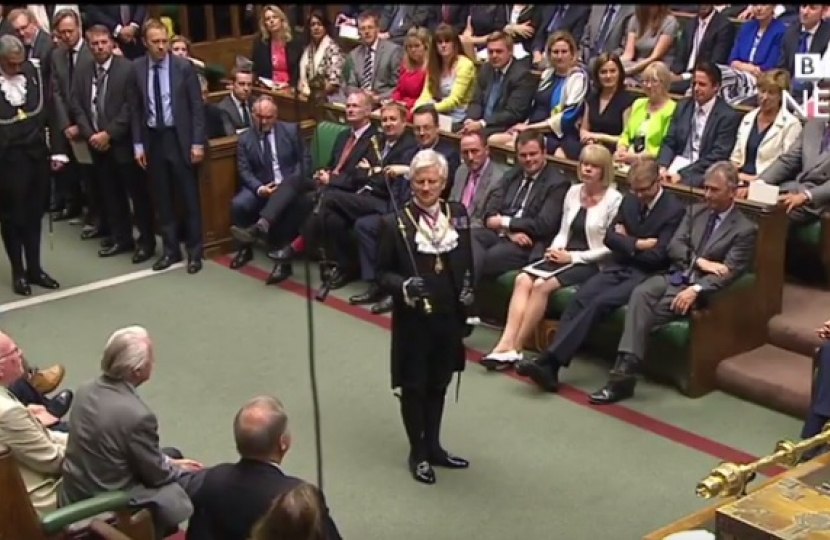 After all the campaigning, voting, results and being sworn in as your MP last Thursday, today was officially the first day of the new Parliament. Today, I was in the House of Commons for the start of the debate on the Queen’s Speech: an outline of what the government wants to get done for the country.

So what’s in the Queen’s Speech for Walsall North? Why does it matter?

Firstly, there are a number of proposals on delivering the Brexit that 68% of people in Walsall voted for.

There will be a Repeal Bill, that will halt the processes of future EU laws from becoming UK laws, and will convert existing EU law into UK law when we leave the EU. This will give Parliament a chance to take control of these laws and amend them if they so wish.

There will also be an Immigration Bill, to allow the Government to control the number of people coming here from Europe, while still allowing us to attract the brightest and the best.

As a said during the campaign, a strong economy pays for our public services: schools, the NHS, council services. And our economy can be strengthened by increasing the trade surplus we have with non EU countries. So I am pleased to see a Trade Bill which will see the UK operating its own independent trade policy upon exit from the European Union.

So control over our laws, control over immigration and more trade and therefore stronger public services – exactly what the people of Walsall North voted for in the referendum.

I am also really pleased to see a commitment to outlaw unfair fees on tenants by letting agents – fees that are an extra cost for many when trying to secure somewhere to rent. It can be difficult enough to pay a deposit upfront without having to pay a load of fees on top. This will help renting become much more affordable for many people in Walsall North.

It was also announced that the National Living Wage will be increased so that people who are on the lowest pay benefit from the same improvements in earnings as higher paid workers. As Walsall North has some of the lowest average wages in the country, this will mean many people could get a pay rise.

So there is much work to be done over the next few years, but it is a time of opportunity, and I will be fighting to ensure that Walsall North benefits as much as possible.