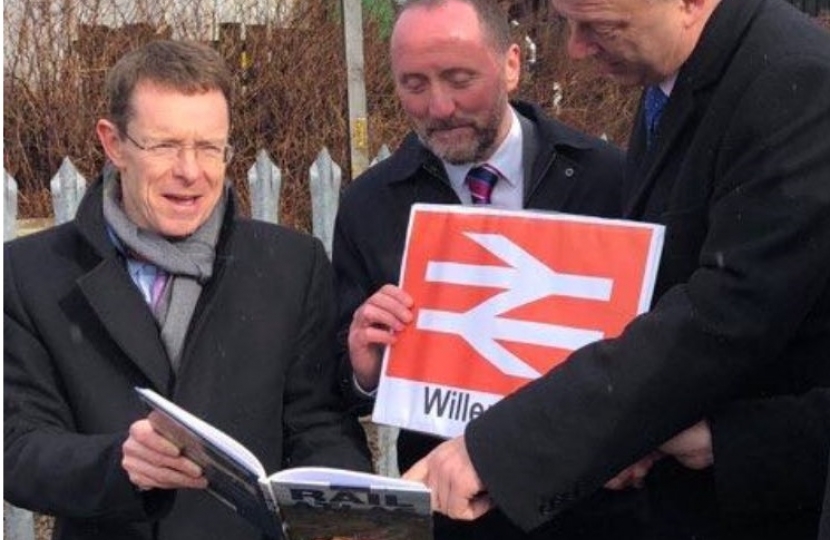 Reopening the Walsall to Wolverhampton railway line is a key transport pledge I made during the election so I was delighted to welcome the Transport Secretary to Willenhall today to announce it's going to happen. For a number of years this campaign has got nowhere, but now your Conservative Mayor, your Conservative MP and your Conservative Government have worked together to deliver this project for the people of Willenhall. We are putting Willenhall on the map in Westminster and bringing that money, improvements and investment to the area. And with the investments in the pipeline for M6 junction 10 and Bloxwich Park and Ride - the Conservative Government is investing in our area. Something that's been needed for many many years and i'll keep plugging away.

Chris Grayling, Transport Secertary said, "I'm very committed to making sure we reopen some of the old freight routes in the West Midlands area. I think there is an opportunity to create better public transport by bringing back lines which were lost to passengers services a generation ago, but are actually needed today."

There is no timescale in place for the reopening of the line last used for passenger services in 1965. But money is available and has been earmarked for the scheme, according to Mr Street.

He said the case was being put together with designs being drawn up for the two stations on the route – Willenhall and James Bridge – and a timetable was being discussed.

On the chances of the line reopening, he said: "I would use the words realistically and soon about it." He said the stations would be 'efficient and practical' with a platform, shelters, parking and passenger information. He added: "The most important thing they [people] can look forward to is a direct line from Wolverhampton to Walsall. Mr Grayling said: "We are absolutely committed as a government and we have a great partnership with Andy Street in the West Midlands to deliver the right kind of transport system for the future."