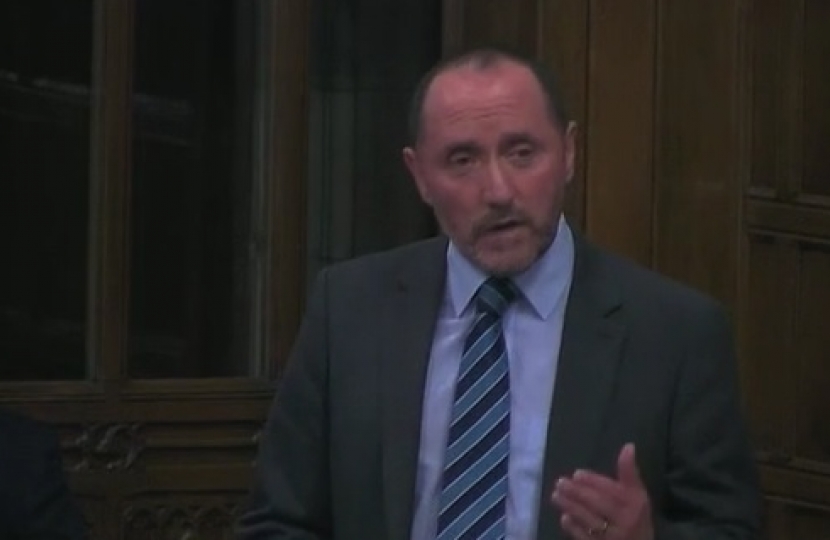 Eddie Hughes, Member of Parliament for Walsall North, today spoke in a Westminster Hall debate in Parliament on the future shape of the Armed Forces.

Following concerns raised by local residents, regarding recent cuts by the Police and Crime Commissioner to policing budgets for the parades, Eddie pledged to work with the Royal British Legion to deliver the Remembrance Sunday parades this year.

Speaking during the debate, Eddie Hughes said, “In Walsall North we have three remembrance monuments in Willenhall, Bloxwich and in Short Heath and I will be working with the Royal British Legion to ensure that we continue with the Remembrance Day parades in those areas, although unfortunately the police are no longer agreeing to police road closures.”

Eddie continued, “There can be no replacement for boots on the ground. We can not over exaggerate the reassurance that people in war zones around the world will feel from having the benefit of our brilliant, brave and well-trained troops offering them assurance for their safety for their future.”

“It is the first rule of any government to protect its residents and we must ensure that we provide sufficient funding to do so.”