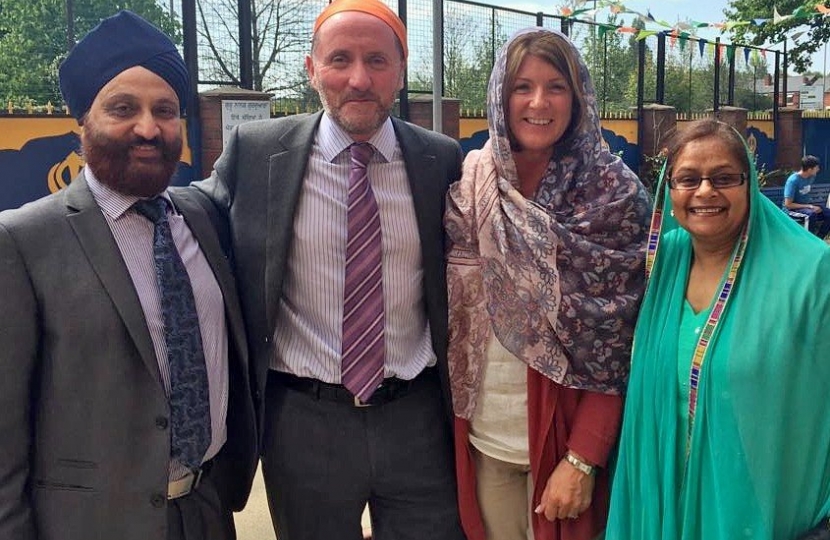 Over a hundred Members of Parliament across the political spectrum, including Walsall North MP Eddie Hughes, are backing efforts to get Britain’s Sikh community recognised as a separate ethnic group, by Britain’s official statistics body.

Although Sikhs have been able to state their religion in previous censuses, up to now they have not been able to call themselves ethnically Sikh. A 2016 study suggested that up to 93.5% of Sikhs in the UK would like the option of identifying as Sikh by ethnicity.

The petition comes at a time when we are commemorating those who fought in the First World War, a conflict in which thousands of Sikhs from the Indian sub-continent died in the service of the British Army. Currently Sikhs state their ethnicity as ‘Indian’ or ‘Asian’.

Eddie has met with many in the Sikh community across Bloxwich, Willenhall and north Walsall who would welcome such a change. Eddie very much hopes the Government will amend the available options in time for the 2021 census.

Due to a glitch with emails, Eddie’s name was omitted from the list. Eddie is however, fully supportive of this campaign and has written to the relevant authorities.