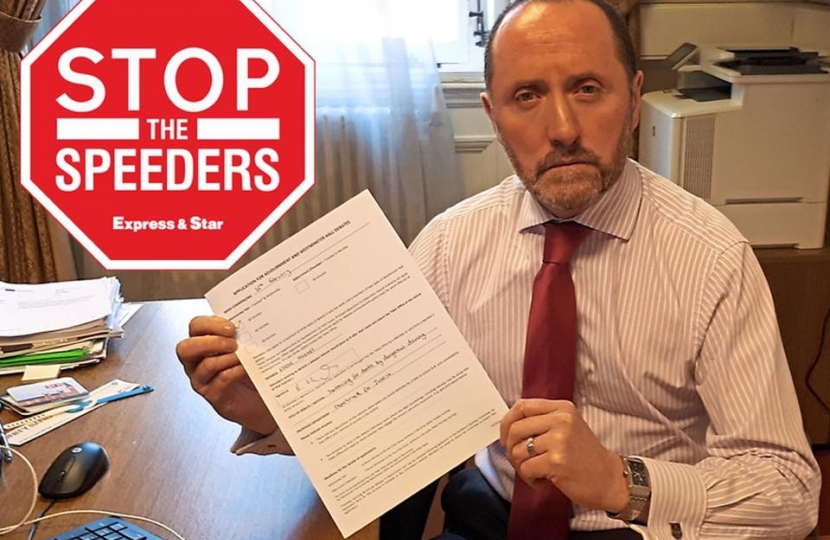 From the Express and Star: Walsall North MP Eddie Hughes yesterday submitted an application to Parliament for a 30 minute adjournment to discuss the sentencing of people convicted for causing death by dangerous driving.

It is on the back of a campaign launched by the Express & Star calling for tougher action against killer drivers, which Mr Hughes, voted in last year, has publicly supported.

The campaign, which has a petition with almost 2,000 signatures, was set up after two people were jailed for eight years each for killing victims on the road in the Black Country.

More on the Express and Star website here:  https://www.expressandstar.com/news/politics/2018/02/06/stop-the-speeders-eddie-hughes-mp-calls-for-action-against-killer-drivers/#J263MYEMCSwXBXXL.99